In the beginning there was a BANG; along with a bright flash of light.  All of the void in the darkness was instantly illuminated and the universe began to expand.  The light nearly instantly reached the edges of the universe as it grew in every direction until it was just a tiny glimmer in the distance.

The winds of the universe spawned extreme gravitational forces pulling inwards to a point of singularity.  The universe is balancing itself, towards an equilibrium.

We seek moments where we can create light in the darkness and radiate our surroundings.  Hidden are the expressions of the lost, found and ones who seek warmth.  With the implosion of a star our souls are captured.  With the press of a button...the event begins...

Inspired by a beautiful face, frozen in time by the flash of ignited propane on the Playa...for Burning Man 2013 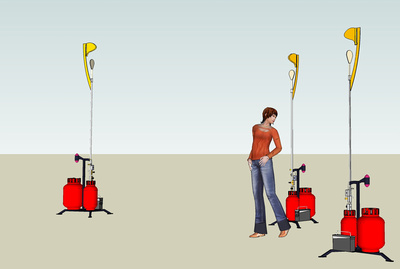 As you watch your friends grin, glee and glow like they are watching an astronomical event, flames sear their images into the camera.  With the press of the shutter the SuperNovaPhota poofs balls of fire into the night sky.

The portable portrait studio uses fire strobes to create flame portraits.  We will be wandering about the Playa in full effect capturing the amazing creations brought into our Universe as well as scheduling times at some theme camps.  Come to a scheduled studio session at one (or all) of the theme camps including Disorient and Honeysuckle Hood (more coming soon).

If you have made it this far, then the universe is still in flux.  Please check back after the burn to download your images and most importantly HAVE AWESOME DAYS!

Special thanks to Lost Machine Andy for assisting with the amazing flame effect and welding skills!